Menu
Log in
C F Search
D F Translate
B Log in Login
Are you looking for a school place? Please see our Admissions tab under Key Information. We are always happy to show prospective pupils and their families around our school. Tours are always available.

May 2019 Health & Fitness with Steve from Deanes School 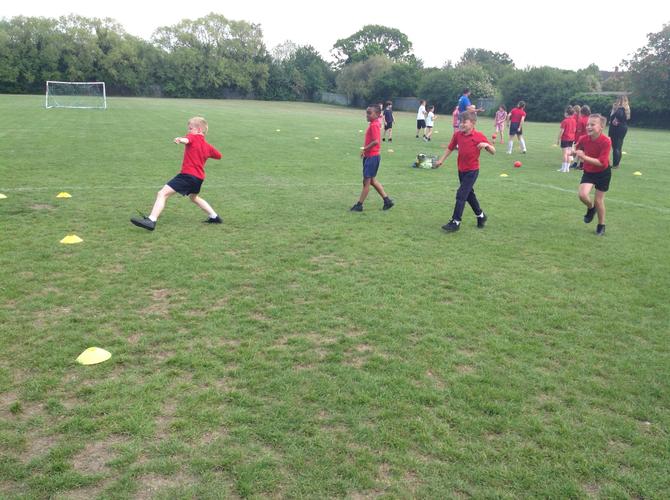 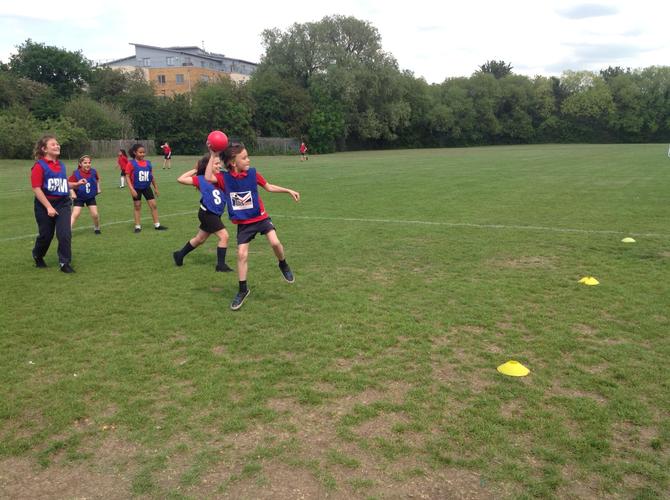 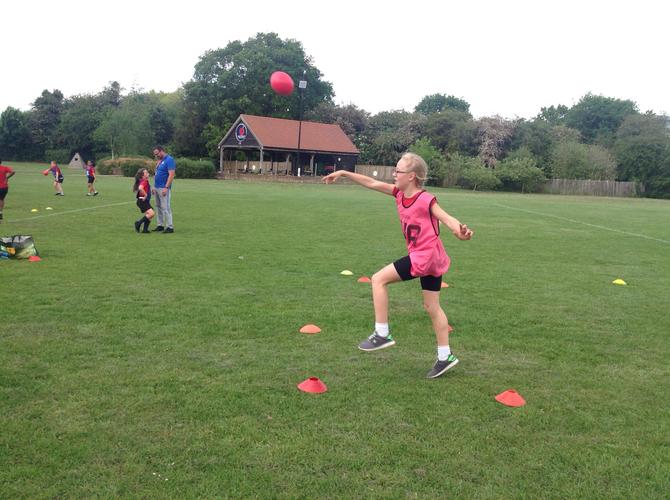 Every Wednesday for the last few weeks, we have been lucky enough to have Steve teach us about lots of things which will help us be healthier and fitter.

Week 1: exercises for strength or fitness

Thanks Steve, from Class 4 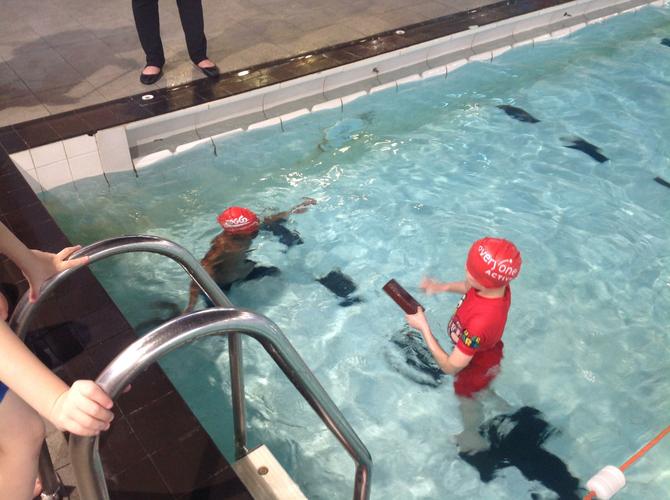 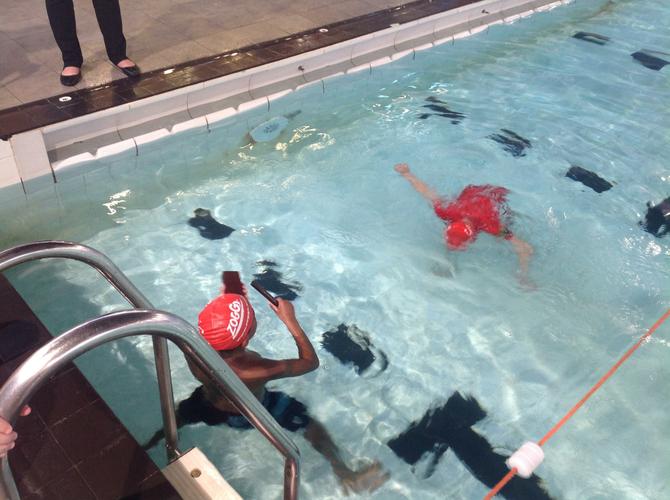 We used our time at the pool to achieve so much! We tested how sound changes as it travels through air or water: pairs took turns to rate 1-10 how well they could hear an instrument while their heads were out of and in the water.

Results: most rated the sound out of the water as a 9 or 10, meaning they heard it clearly, however when they put their heads under the water the sound was rated as 1 or 2, meaning it was not heard clearly. Amazing!

Also the team of scientists were testing their confidence in the water and all were able to hold their faces and ears in the water - so they met a swimming target too.

In history we have been learning about the Romans. We made shields and recreated the Tortoise shape that the Roman soldiers used to protect themselves in battle.

We measured the temperature of warm water, over time, to observe the change. It was our first time using thermometers.

By selecting script blocks, creating stacks as a sequence of instructions - we controlled characters in game mazes. The characters could move forwards and turn left or right. Some animations asked us to move distances measured in pixels.

We learned a great deal and had a lot of fun...we didn't want to stop!

The wonderful poem contains expressive and imaginative verbs. Can you guess which verbs we're acting? 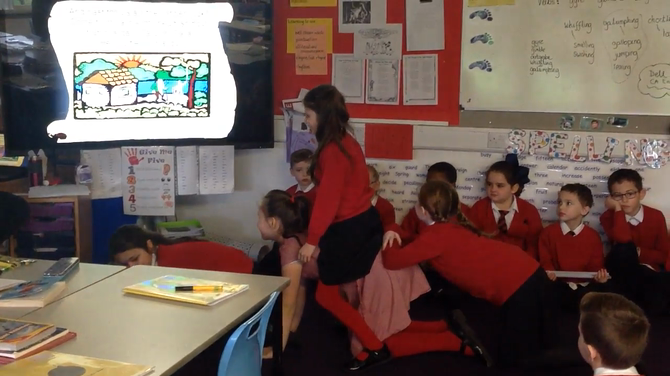 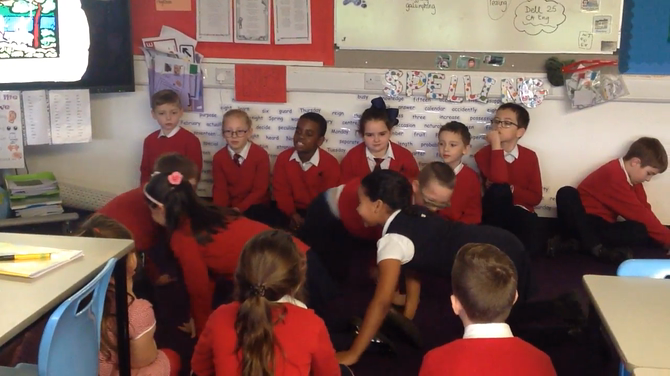 Click on the snail icon to find our writing inspired by Aesop's famous fables.

We worked in groups to play drama games:

We used our bodies and voices to act out using tools and parts of machines, such as being a lawn mower, clock and even a time machine.

It was fun and showed how well we collaborate as a class.

Class 4 took on multiples roles to bring the ancient stores from Aesop's fables, to life.

Thank you to all of the families who came to see us.

It was gross and smelly; wet and slimy but we had such a lot of fun making a stomach. Just look at our faces. Come and ask us about it...we'll remember this forever.

After drawing a cross-section of an ancient Greek temple, we used folded paper to strengthen sheets of paper. We looked at buildings by the British architect, Richard Rogers, who used X shapes. The reinforced shapes were fastened together, to form ceiling and a base, columns and a roof. 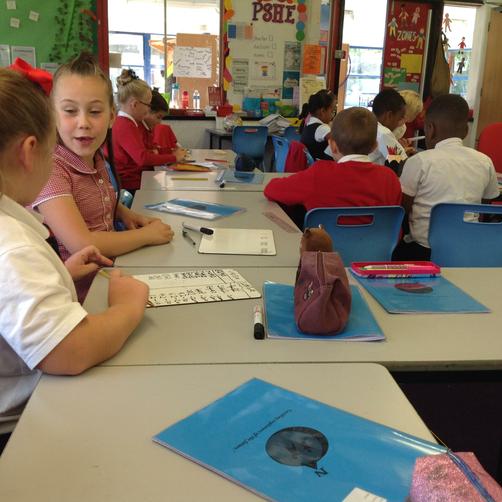 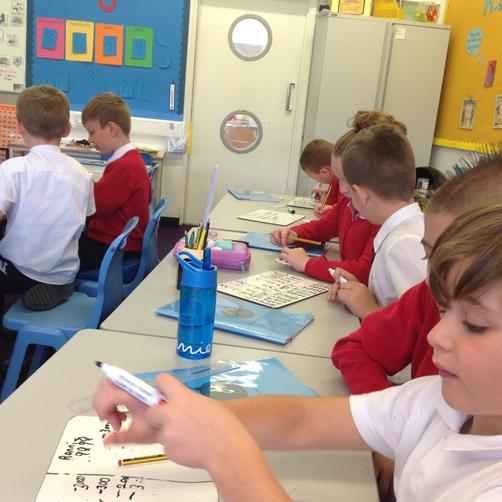 We played a game, where by spinning a spinner it generated a number to be subtracted from a 4 digit number. In ten moves or less, whoever reached zero - won.

We learned to hold a rugby ball and throw to the side. It's harder than it looks.